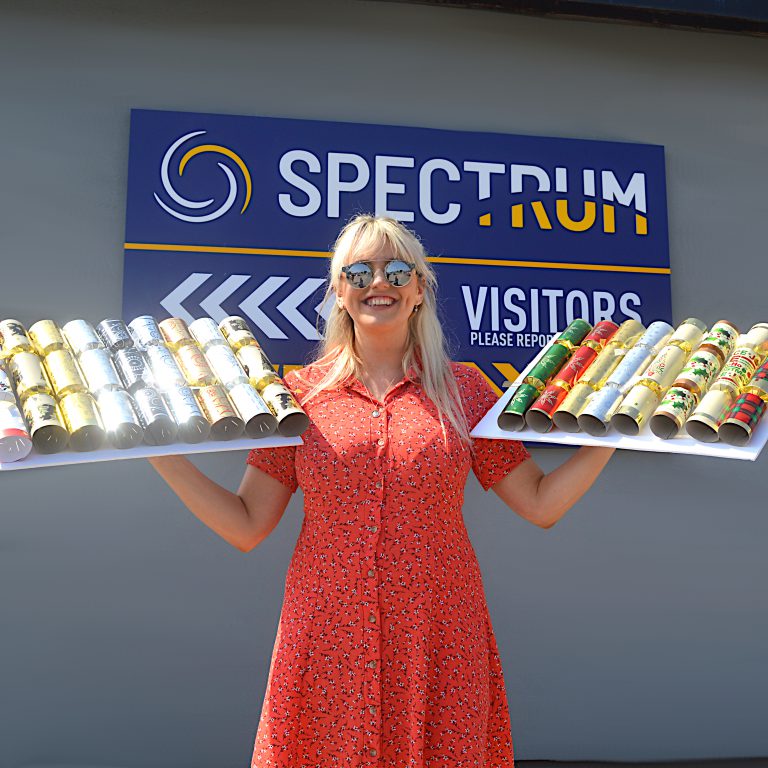 I know with the sunny weather that we have recently been having that this may be hard to believe but it is actually only 138 days until Christmas day, that’s roughly only 3285 hours!

Have you started planning yet? Personally I’m extremely last minute and will be rushing up and down the high street a few days before Christmas trying to find loved ones the appropriate gifts. As a cleaning supplies company however we have had to be prepared. We have been working hard these past few months with our suppliers to build our 2019 Christmas range and have even now started taking orders from our customers.

Even though Christmas may still be X amount of days away, the Christmas party season starts now as early as November so it’s really not that long away.

According to Perkbox, 86% of business’ will hold a Christmas party for their staff*, even if you work in the hospitality business, you are likely to be having a Christmas party/celebration. This means that the Christmas party season now starts as early as November and goes through to the end of January. At Spectrum we are giving you the chance to start ordering your Christmas essentials now and then all the way through to Christmas.

Event planning platform Eventbrite estimates that a company spends on average a substantial £42.48 per head * for Christmas parties, with most companies also inviting employee’s partners, the Christmas party spend is huge.

Eventbrite has found that British businesses will spend almost £1bn on festive corporate bashes. Christmas has huge potential, so get organised and buy your Christmas ancillaries early, better still buy them from Spectrum and maximise your Christmas profits.

Spectrum Christmas Gift to you….

As we’ve already established, Christmas crackers are probably the last thing on your mind right now, however it’ll be Christmas before you know it, and Yule be sorry if you don’t take advantage of our cracker of an early bird deal! (Sorry we’ve managed to get this far through the blog without a cheesy Christmas pun).

At Spectrum, we are already feeling festive so are offering our customers the chance to duplicate their order from last year order at the same 2018 price! If you place your order before August 31st, you’ll get your order for the same price.

If you didn’t order your Christmas products from us last year, don’t worry because we are offering an awesome early bird discount too, so the earlier you place your order, the more money you will save! Check out our brochures and get in touch with our little elves today to get your order placed.

Christmas really is coming, let us help you get festive…

Here at Spectrum, we love Christmas so I asked some of our team their favourite Christmas jokes to help get you feeling festive. Please let us know on our Facebook page what you think of our Christmas jokes/facts and if you have any of your own to share: 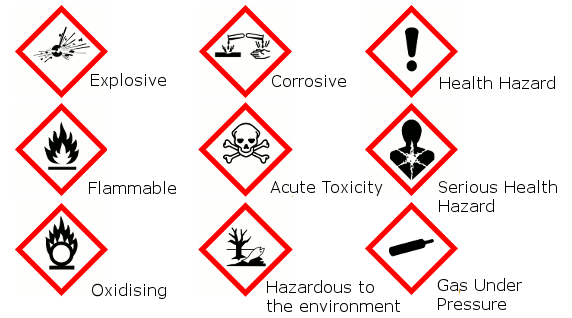 DO YOU KNOW WHAT’S ON A HOUSEHOLD CHEMICAL LABEL?

We all use chemicals to clean at home every day, whether it’s using washing up liquid, all-purpose cleaners, toilet cleaners and everything in between, but do you know what information is on the chemicals you have at home? It’s probably something most of us don’t even think about, we just pick the product up off the shelf and use it, but knowing what’s in our products and how to use them is vital to protect you, your family and your home from harm.

Most chemicals you’ll have at home aren’t dangerous when used correctly, however, some chemicals need to be handled more carefully than others and this is where the labelling on the product comes in, telling you the dangers of the chemical and advising how to use them safely.

Most chemical products will have one of the below symbols on the label, these are the pictograms for the GHS (Globally Harmonised System) Classification of Risk Symbols. These symbols give you an indication straight away of the potential dangers of the chemical you’re about to use if they’re used incorrectly. Some of the more dangerous symbols you can still find on household items, for example, white spirit (turps), a common product used at home, has the Serious Health Hazard symbol on meaning that it can cause serious long-term health problems when used incorrectly. 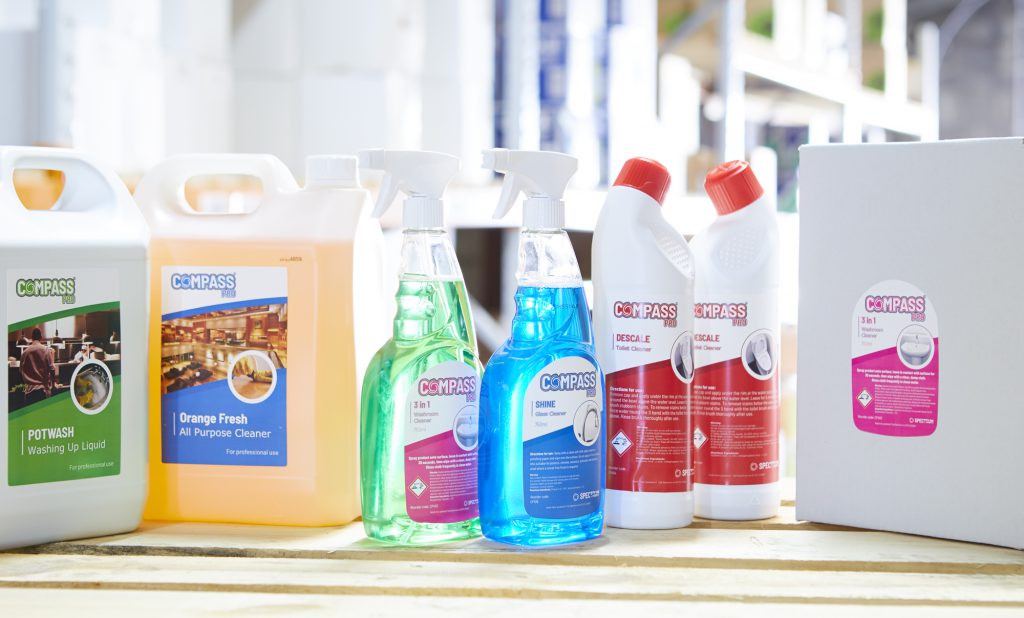 So, how can you make sure you’re using hazardous chemicals safely? We’d recommend following these guidelines: 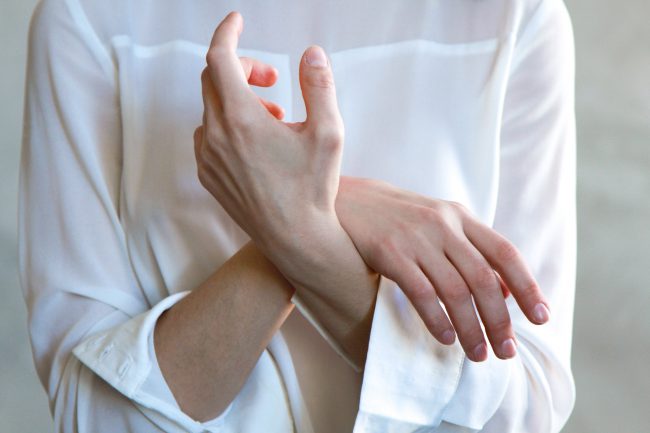 The Importance of Hand Hygiene

We hear all the time about how important hand hygiene is and that we should be regularly washing our hands, especially after visits to the bathroom and before eating, but why is hand hygiene so important to our health?

In short, washing your hands properly is one of the main things you can do to prevent the spread of diseases. Good hand hygiene helps to reduce the likeliness of flu, food poisoning and healthcare associated infections being spread from person to person, with nearly 50% of all foodborne illness outbreaks being linked back to improper hand hygiene.

But it’s not just a case of rinse your hands with water and you’re done, you need to make sure that you’re thoroughly washing your hands with soap and water every time you wash them, to ensure that all germs on your hands are killed. When you are washing your hands, you need to make sure that the tips of your fingers, the palms of your hands, your thumbs and your fingernails are all cleaned. Most people wash the palms of their hands and miss out everything else, when in fact most of the bacteria on our hands is on our fingertips and under fingernails, with bacteria doubling after using the bathroom.

It’s also important to know when you should be washing your hands as well as how, as this is another big contributor in preventing the spread of illnesses. You should be washing your hands after using the bathroom, before prepping and before eating food, when you’ve coughed or sneezed, when your hands are visibly dirty from work or other activities, after touching animals or animal waste, after handing rubbish and before and after visiting a hospital ward or other healthcare facility.

How to effectively wash your hands

So, how can you ensure that you’re washing your hands correctly? Follow this ten-step method and you’ll be clean as a whistle: 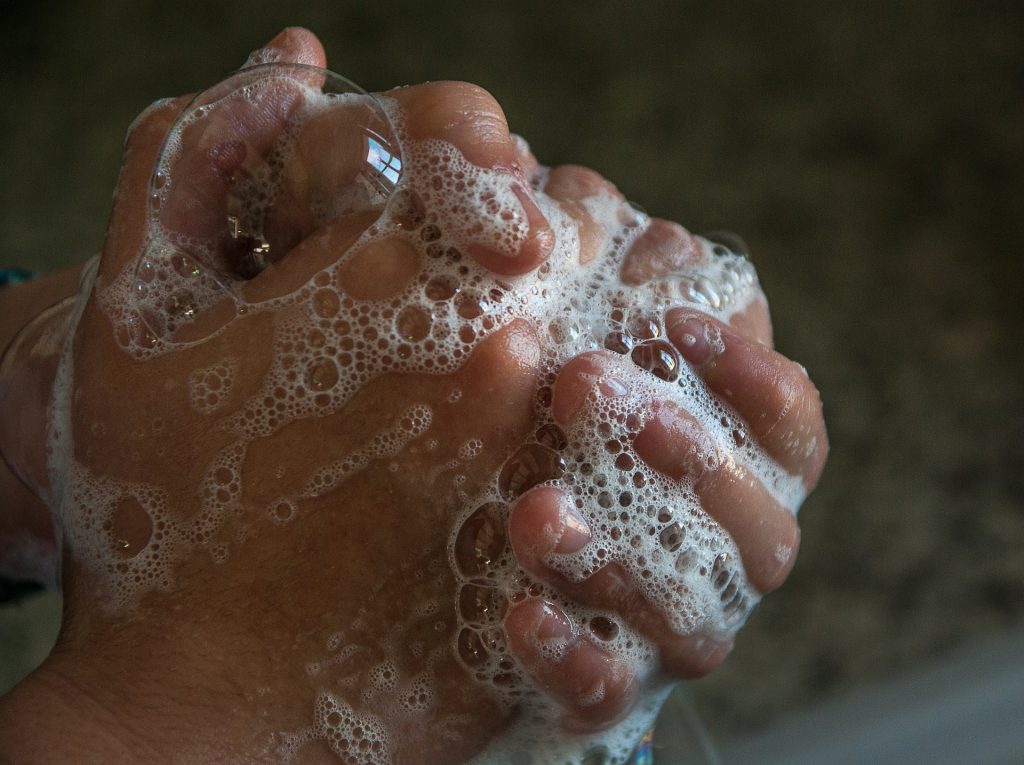 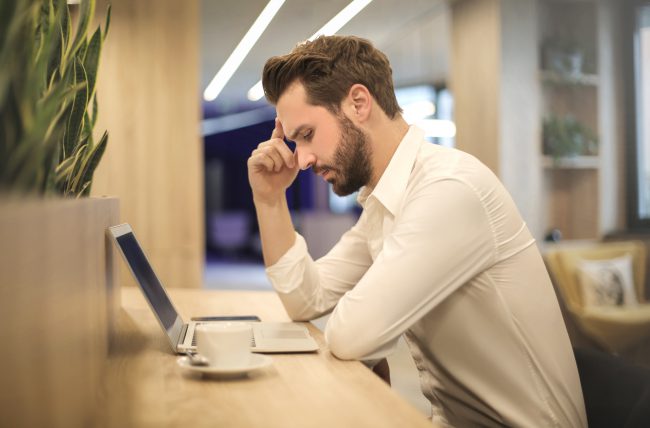 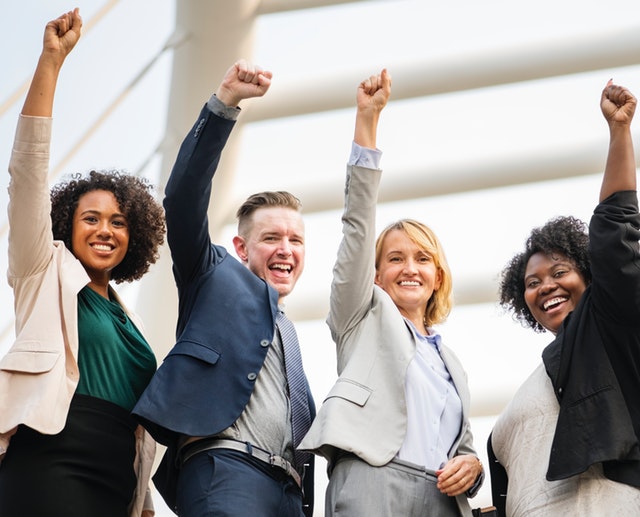 How Cleaning can help your mental health

Being in environments that are cluttered make for easy distractions, which can in turn impair the brain’s ability to process information to the best of its ability and leave you feeling disconcerted. This means that not only does it matter to keep your home clean and tidy, but also keeping your workspace – whether this is a desk, van, classroom or anything in between – clean and tidy as you can be more productive and develop healthy habits at work if you pay more attention to the cleanliness and organisation of your environment. By implementing techniques and habits that will help you to be tidier, you may feel better about yourself and the space in which you work, without having any anxiety about misplacing or losing documents or creating mounds of unfinished business.

These findings highlight the way in which cluttered and messy environments can make it difficult for us to focus on particular tasks and achieve goals throughout the day and week. But by engaging in a regular cleaning routine, research shows[2] that we feel more optimistic after a failure, as being clean and tidy can help to boost self-esteem and confidence.

So, what can we easily do to make our living and working environments cleaner, so that we can positively affect our mental well-being? We’d recommend the following: 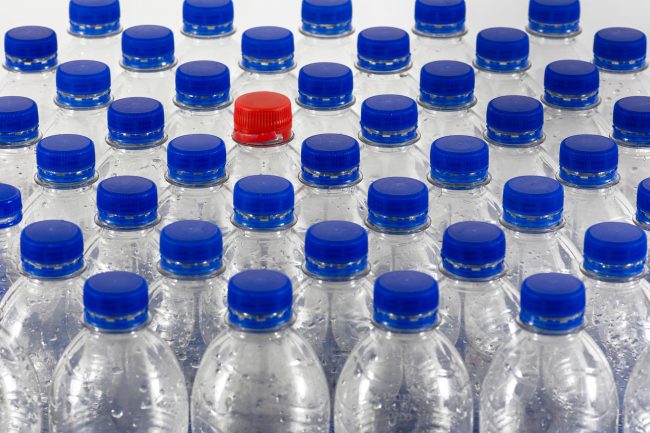 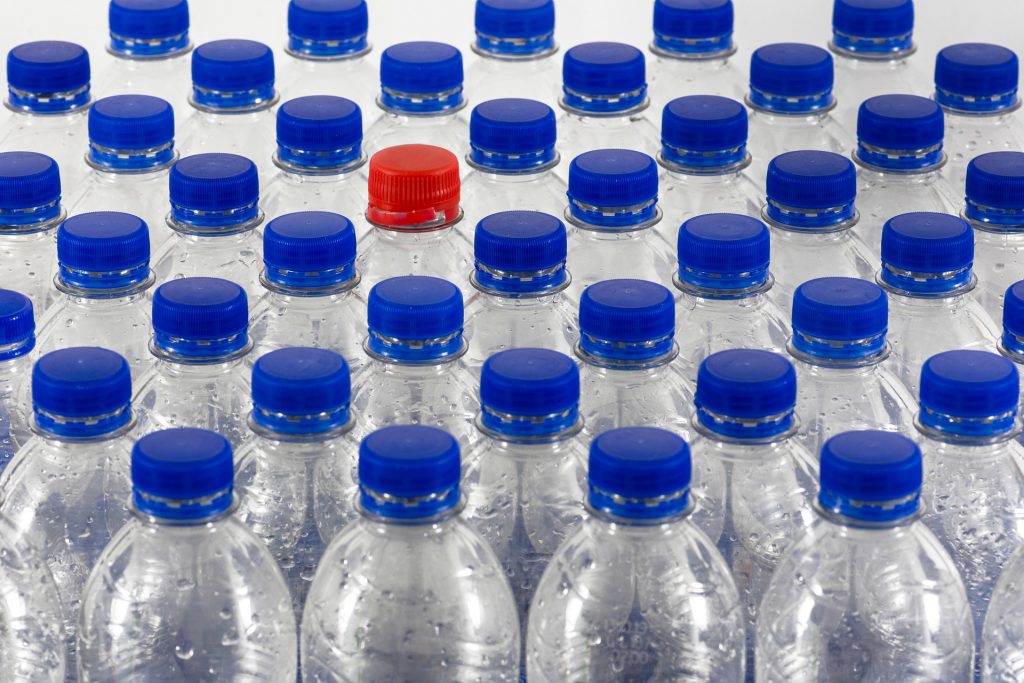 Recycling- Do Your bit!

Recycling is an issue that is dominating the world at the moment and rightly so, as in the UK alone over 31 billion tonnes of waste is produced every year, including around 5 billion drinks cans and 13 billion plastic drinks bottles being used, but more than 3 billion of these plastic bottles are not recycled. In an attempt to tackle this, more than 40 companies, including giants Coca-Cola, Asda and Proctor & Gamble, have signed up with the government, trade associations and campaigners to form the UK Plastics Pact.

This comes after the government made the announcement that there will soon be a ban in the UK on the sales of plastic straws and cotton buds, in an attempt to tackle the overuse of plastic. Environmental Secretary Michael Gove also announced that the UK will commit £61m to develop new ways of clearing up plastics.

On the new bans to be introduced, the Environmental Secretary said: “Single-use plastics are a scourge on our seas and lethal to our precious environment and wildlife, so it is vital we act now. We have already banned harmful microbeads and cut plastic bag use, and now we want to take action on straws, stirrers and cotton buds to help protect our marine life.”

Theresa May added: “The UK government is a world leader on this issue, and the British public have shown passion and energy embracing our plastic bag charge and microbead ban, and today we have put forward ambitious plans to further reduce plastic waste from straws, stirrers and cotton buds.”

So, what can we do as consumers to help reduce plastic use and increase recycling rates? 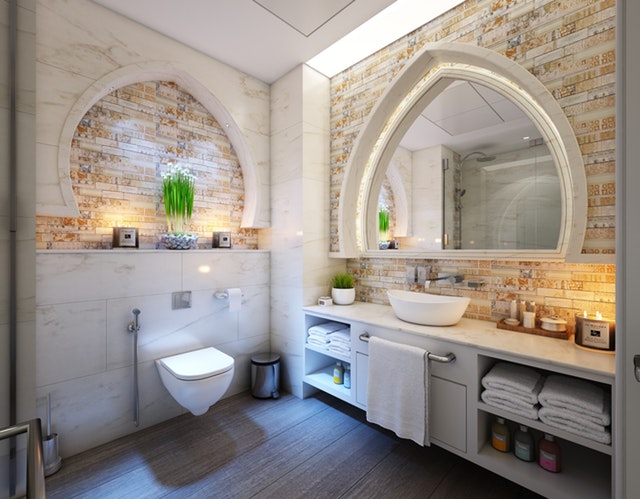 The Key to Hotel Hygiene

Cleanliness is something that all of us expect when we stay in a hotel. We instantly make a judgement on the place we are staying in when we walk in, and a lot of this judgement rests on how clean everything is. We look at the windows, front desk, floors and the bar area, but has anyone ever stopped to think how clean the hotel key cards are? The Journal of Environmental Health published an article in 2017 that looked into this exact thought and the results were alarming.

In most hotels around the world, guests who check in to the hotel are given a brand new key card, but there are some hotels where guests are given previously used cards. To get as comprehensive results as possible from the test, the researchers of this study wanted to find out if the card might still be contaminated if it is brand new as well as if they’re previously used. When the tests were carried out on the cards that were already used and being recycled to be used again, there was an assumption that the cards would already be contaminated, but what was unknown was the degree of contamination on the card.

Put it to the Test

149 hotel key cards were collected from 25 economy and mid-range hotels to carry out the test, which used Adenosine Triphosphate (ATP) monitoring systems to swab the cards to measure contamination levels. On the ATP system, a reading of less than 10 indicates a very clean surface, 11-30 indicates an unclean surface that mat cause disease and 30 and above indicates that the cards are soiled, contaminated and could spread disease.

The results of the tests showed that the reused hotel key cards had an average reading of 175.03 which is extremely high, indicating that the cards were dirty and very likely to be contaminated with a threat of spreading disease. For the new key cards there was an average reading of 35, which suggests that even at brand new, the cards could already be contaminated and carry diseases.

These test results just go to show that diseases really can be laying on just about anything, not just the obvious things we think of like toilets, door handles, counter tops and light switches and it highlights just how important proper hand hygiene is. 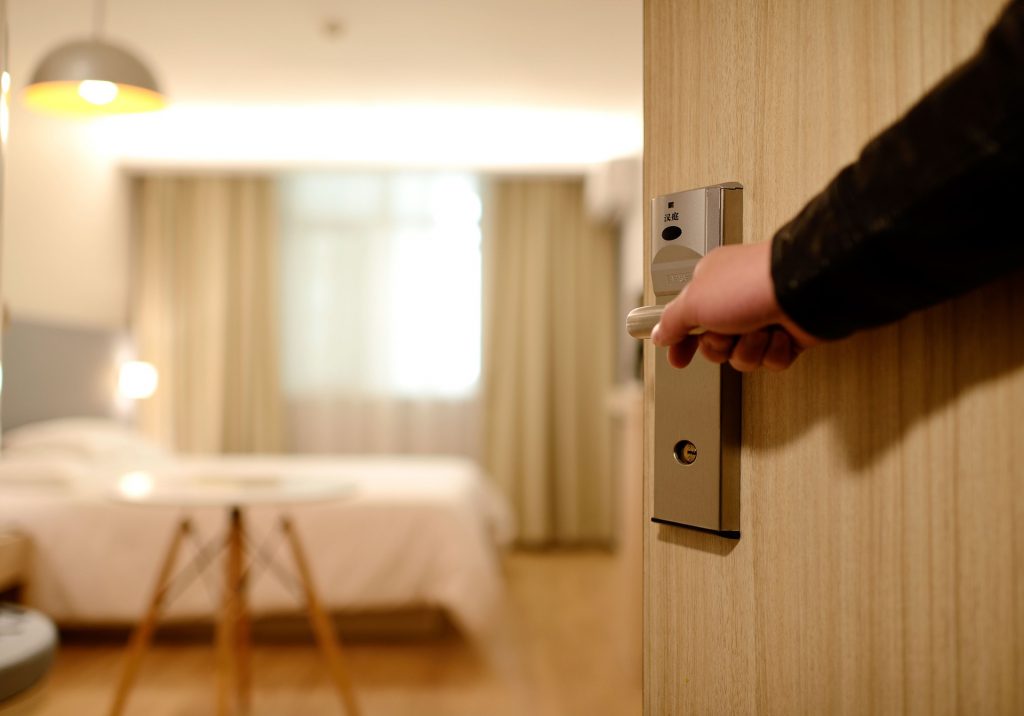